Giraffes are one of the most iconic land animals on the African savannah, and they are well known for their long neck and legs. But what many people don’t know is that giraffes are herbivores, meaning that they only eat plants.

That’s not all there is to know about a giraffe’s diet though. Let’s take a closer look at why giraffes are classed as herbivores and what makes these beautiful creatures so fascinating.

Are giraffes carnivores, herbivores or omnivores?

A giraffe’s diet consists of plant material. Therefore giraffes are herbivores. Although there have been some reports of giraffes chewing on bones, these incidents are rare and scientists suspect are triggered by a lack of phosphorous in their diet.

What are giraffes classified as – browsers, grazers, or carnivores

Giraffes are classified as a browser. This means that giraffes eat leaves and occasionally twigs from trees. The term browser refers to animals who feed on plant material found in high branches of trees.

Giraffes are not strict browsers – they may sometimes supplement their diet with fruits or flowers. They also consume grass when it is available, especially during drought periods. However, this does not make them a grazer because giraffes can go for long periods without eating any vegetation at all.

Scientists have observed that giraffes will often chew leaves into a bolus or cud and then spit it back out after it has had time to fully process the plant material. This is called rumination and allows giraffes to gain maximum benefit from their food before passing it through the digestive system.

What are the benefits of being a ruminant?

Giraffes are ruminants, meaning they have a four-chamber stomach that allows them to digest food properly. Ruminants can extract more nutrients from plants than other animals, due to their specially adapted digestive system. This helps them survive on a vegetarian diet. 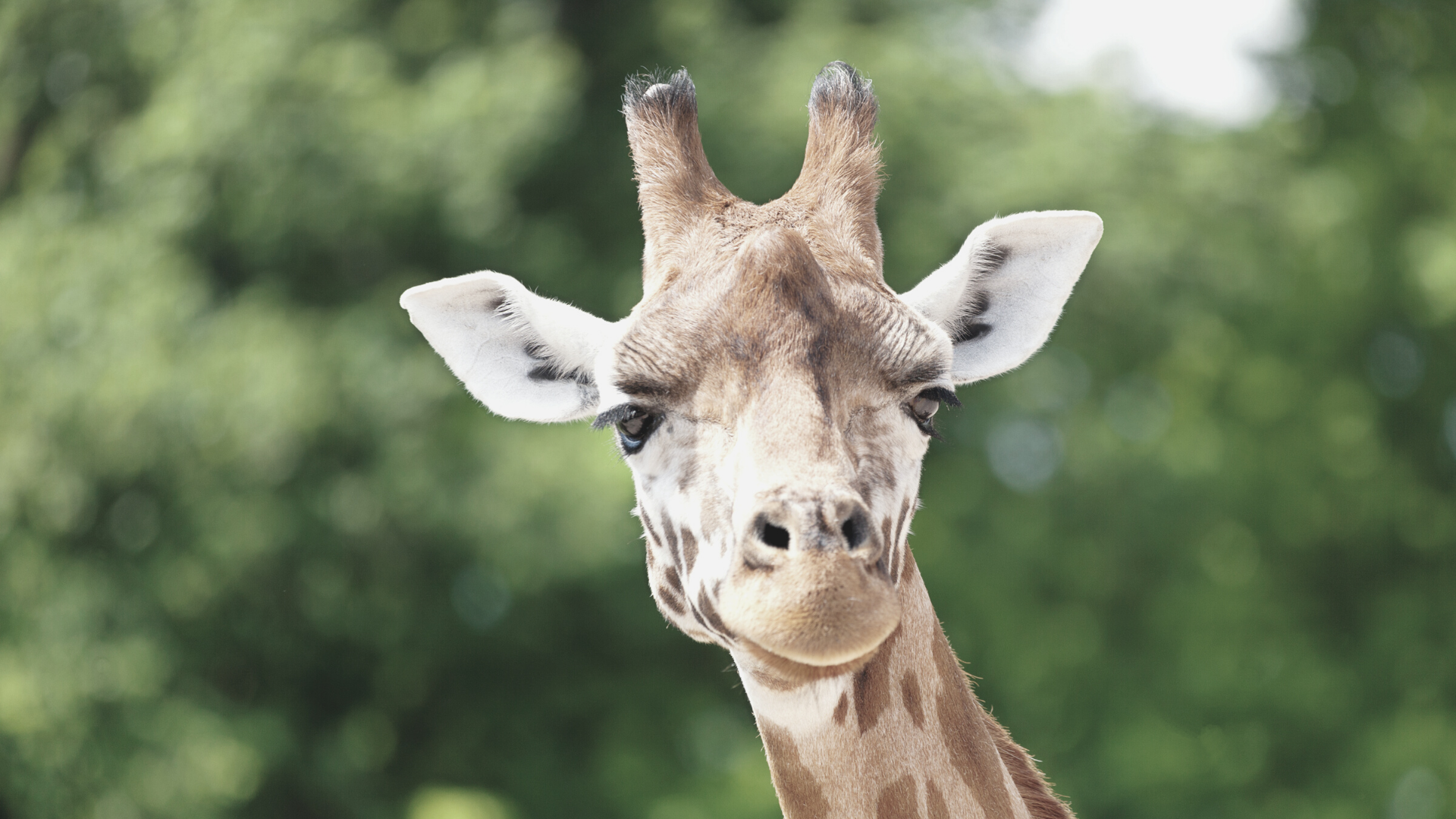 What kinds of plants do giraffes eat?

Giraffes like to eat leaves from apricot, mimosa, and acacia trees as well as fruit and seeds. They often swallow pebbles, sticks, and other objects to help grind food in their stomachs – this also helps them digest it. Their long necks give the animal a long reach, allowing it to pluck food from high-up branches.

Giraffes only need to drink water every few days. The plants the animal eats provide enough water to keep its body hydrated.

What are the benefits of being a herbivore?

Being a vegetarian means giraffes can obtain all essential nutrients but not as much fat and cholesterol as their meat-eating counterparts. In order to obtain all necessary vitamins and minerals, they must eat more frequently.

Some of the other benefits of eating a herbivore diet for giraffes are included below:

How tall are giraffes and what are some other interesting facts about them? 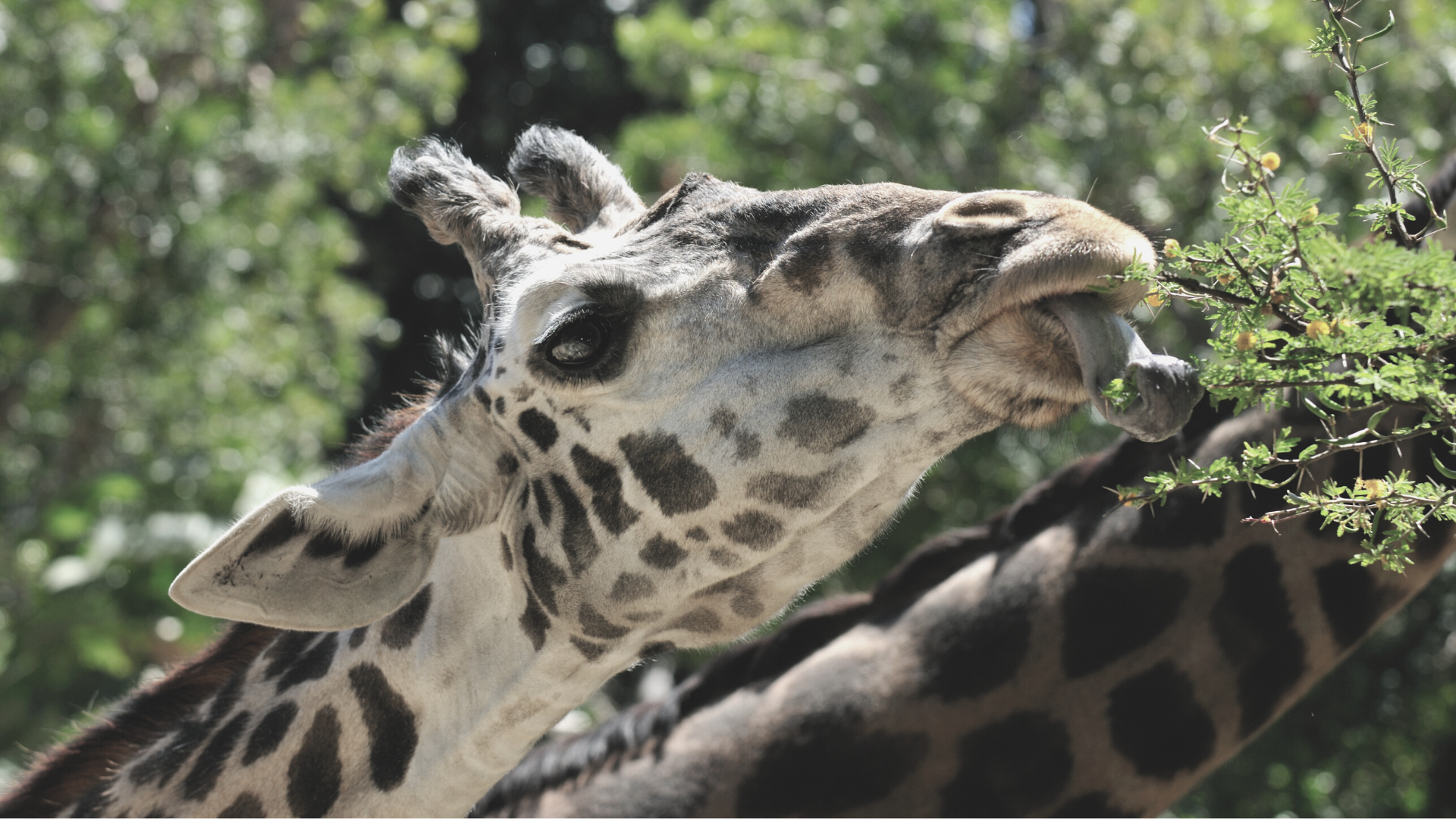 Are there any dangers that come with being a giraffe?

In the wild, giraffes have to deal with a wide range of dangers. They are attacked by lions and leopards, bitten by venomous snakes, and even killed by crocodiles when they drink from rivers. Giraffe populations are also declining rapidly due to poaching for meat and habitat loss.

In zoos or game parks where they’re protected from these predators and threats, their biggest danger is people. Visitors often feed them junk food that can cause stomach problems and tourists will often try to take photos too close to the animals and this can startle them into charging and lead to injuries.

A giraffe’s diet is relatively stable

Ultimately, giraffes are classed as herbivores. They mainly eat leaves and other vegetation from trees and bushes. Giraffes have specially adapted tongues and lips that help them to reach the highest branches of trees to feed. Their long necks also come in handy for plucking leaves from high up.

Common Vaping Issues and How to Solve Them

How to Celebrate an Anniversary